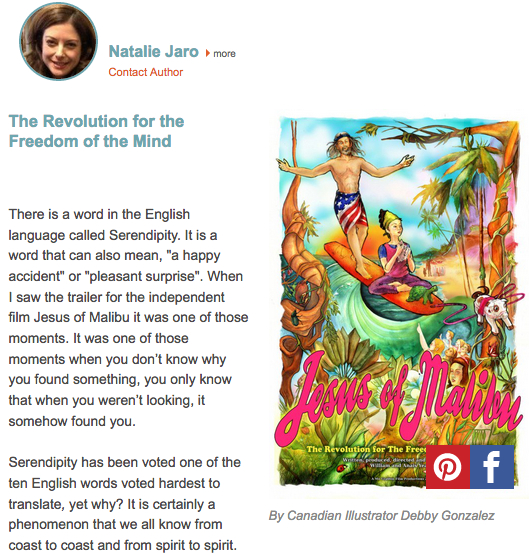 Jesus of Malibu made headline news all across the nation: 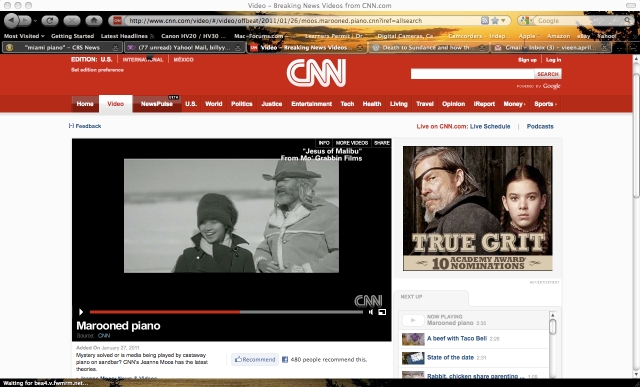 The media dubbed the event “The Mysterious Piano.”

For over 7 days, news outlets from all over the world were wondering who had placed a mysterious grand piano on a sandbar in Miami’s Biscayne Bay and why.

A friend told Billy about the news, and Yeager came to the conclusion that the piano had been placed there as a prank.

As nobody was claiming it, Billy and Anais seized the opportunity to share their message and promote their cause.

Their story went international when they claimed they had placed the piano on the sandbar and stated on Inside Edition, “The dilapidated piano is a reflection of today’s society, I see people living in their prisons, they just conform to the status quo, they are being controlled by the media, pop culture, politics and corporations; all the while, injustice prevails, and nobody is making the changes that I feel we need to make to make us free from this slavedom. I see the degenerate condition of society, the apathy and lethargy of people that have turned into nothing but unconscious consumers, and we are consumed by greed; these corporations have turned us into subservient slaves while we support them.

The JOM Revolution is a wake-up call to humanity.” – Billy Yeager 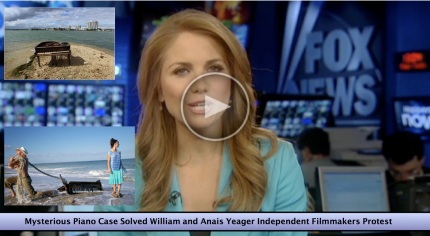 “There are infinite possibilities to free our minds, but not without confronting and exposing injustice first. The piano is here to remind us that there is a war within our minds, that we can choose to seek truth, or remain being amused to death. The JOM Revolution for the freedom of the mind is a wake up call to humanity.” – Anais Yeager

After the segments fromCNN and Inside Edition were featured on live television, many people from around the world were inspired by the Yeagers’ message and became supporters of their Jom Revolution movement.

Journalist Skip Conover was impressed with the Yeagers’ piano protest and wrote about it:

“William and Anais Yeager are two brilliant filmmakers that effectively produced one of the best publicity stunts ever, winning millions of dollars worth of free publicity from CNN and others. CNN produced a 2.5-minute report that might have cost the Yeagers up to $100,000 if they had produced it themselves, complete with helicopter aerial shots. The CNN report even contains a mention of their independent film called “Jesus of Malibu: The Revolution for the Freedom of the Mind.” That piano on a sandbar will now forever be an archetypal symbol for the Yeagers’ movie and top publicity stunts of all time.”